Elsner Elektronik has been specialised in control systems and sensors for buildings since 1990. Building technology makes public and commercial buildings intelligent and converts residential properties into SMART HOMES.

All products of Elsner are developed and manufactured at the company headquarters in Ostelsheim. Highly qualified staff and advanced technology guarantee for a continuously high quality standard. Elsner Elektronik offers complete systems for the control of the ambient climate in buildings as well as individual components for different data interfaces (KNX, RS485, Modbus). Central operating devices, weather and indoor sensors, actuators or system devices – All products combine flexible technical solutions, comfortable operation and a forwardlooking design.

Large window façades were the biggest architectural challenge for the new Elsner building, situated in an exposed location with a view of forests and meadows on the edge of the Schwarzwald, the Black Forest. The task was to ensure that the beautiful surroundings would also be visible from the inside. However, power consumption still had to be as low as possible.

The solution was achieved by using sun position and indoor temperature controlled shading, night-time re-cooling and smart temperature regulation. The entire automation system in this building was implemented based on the KNX fieldbus system KNX control systems from Elsner Elektronik were mostly used, combined with systems and solutions from other manufacturers. Media systems and safety and monitoring functionalities were also integrated besides the air-conditioning, air-handling and shading elements.

Automatic functions ensure efficient energy use. The central function is performed by the room controller Corlo Touch KNX that controls many A/C functions and offers high user convenience as the control unit in the different offices thanks to its touch-screen. It is the smart user interface to the building and employees can use it to select the room temperature and other parameters. In the process, the ventilation and air-conditioning systems are well aligned. When a window is opened, the heating or cooling output is reduced to building-safeguard-mode. Night-time ventilation through roof windows in the summer minimises the cooling load.

Shading – sun protection and sun utilisation
Solar energy is taken into account and utilised in the shading control system. The shutters only move down when the desired room temperature is reached. The sun position is calculated by using GPS data and used as the input for shutter slat orientation. The GPS and weather data come from the weather station Suntracer KNX sl. Wind and frost alarms protect the building from suffering damage. The shading factors ensure that all shutters of the large window façades are in coordinated positions. The units therefore independently count the movement time of the drives based on power metering.

In the right light
Presence detectors recognise whether people are present in toilets and corridors and control the lighting in an energy efficient manner. The combined sensor Sewi KNX controls not only the room lighting based on light intensity and movement, but also reads the ambient climate data. Via the Corlo Touch KNX display, or the switches in the same design, light is activated or dimmed individually in all offices. Media systems in the conference rooms are also controlled on the display. The beamer, screen and sound can be controlled via the Corlo Mobile App on a smartphone or tablet.

The safety topic had an essential role in the design. Different scenarios such as fire and intrusion were taken into account. For example, in the event of fire, smoke detectors start a safety program via the KNX fieldbus. It drives down the fire curtain in the gallery of the office complex, drives up all shutters and opens the access gates. Appointed individuals then receive a phone all with a pre-recorded message.

The wide range of KNX components and control options is summarised in the building visualisation. The status of every single window, gate, light, etc. including images from the surveillance cameras are displayed here. Summary screens allow the user to ensure before leaving the building, or via remote access, that everything is alright. The status of every element can be directly changed where necessary.

The users experience the coordination between the architecture and KNX solutions as a state-of-the-art, exquisite and convenient system. Automation control truly provides a work climate of the highest user convenience. On top of that, the employees still have free hand in making settings and changes. The system however still functions as an energy-efficient entity. 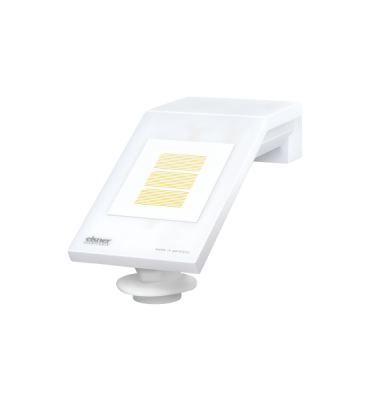 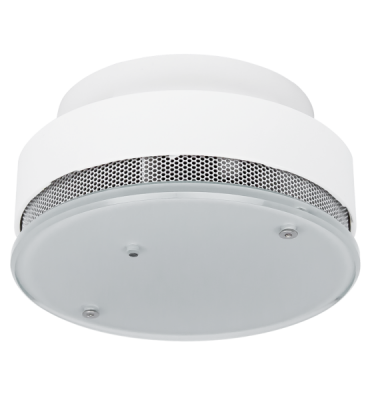